2 years ago
paradise-found83 in flowers

There’s no more prevalent or lasting symbol of love and beauty in Western culture than red roses. These aromatic blooms come in varying hues of scarlet, which carry different symbolic meanings. For example, a bright red rose indicates romance, while burgundy says a love that has yet to be realized. 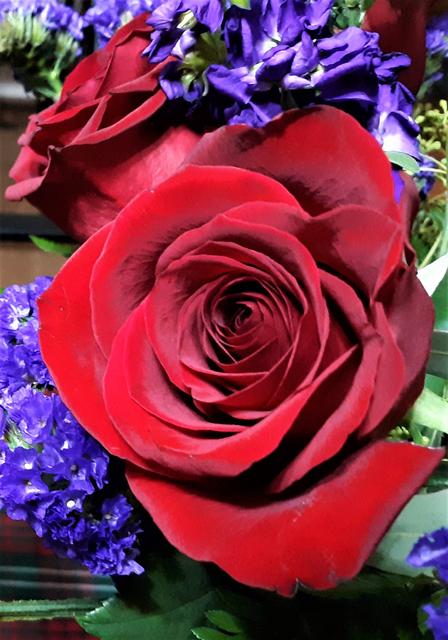 The red rose began its illustrious and significant history in Greek and Roman folklore, where it was tied to Aphrodite (Venus) the goddess of love. Later, in early Christian times it became associated with the virtue of Virgin Mary. When Shakespeare arrived it had already become a poetic standard that he, and later Gertrude Stein, made use of in their works. Throughout its long, iconic history, the red rose still rules as the ultimate symbol of passionate affection.
Info source

Thanks for visiting, have a awesome day!!

community-deals flowers gratefulvibes zealpro zeal
2 years ago by paradise-found83
W$259.01
Reply 18
Authors get paid when people like you upvote their post.If you enjoyed what you read here, create your account today and start earning FREE WEKU!
Sort Order:  trending
[-]
aljustun63  ·  2 years ago

Red roses has become the symbol of love all over the world.

Red roses are my favourite also its symbol of love which is so make its more unique and desirable. amazing explanation of red rose thank you so much for sharing with us.

Red rose are symbol of our feelings and love!

Red roses is a symbol of love...

Your post is 2%-upvoted because you missed our tag, use our ( wekubangladesh )tag. For any question join our discord: https://discord.gg/VENQsGX

One of my best goddess, Aphrodite! Makes my love for roses higher. Great history here, now we know where the symbol of romance comes from!!

What a beauty, I am gonna plant some roses and flowers outside my house when we move next year. it always brings such positivity into life . Beautiful share

The flowers look very charming.
Friend, if there is your time, I really hope you enter my post.

@ paradise-found I must admit that I did not know all this information about the scarlet roses I never knew that it was related to the Greek and Roman folklore, and many meno to Aphrodite, now that the feet are logical, nothing represents more love than a red rose
Thank you very much dear friend, for letting us know all this information
I wish you a wonderful weekend

Wow,nice rose and its natural color its represent sincerity and love,God bless sir😊

I am speechless. Picture of true beauty and love. One love, Papa Bear!

What a beautiful rose! Rose is one of my favorite flowers. It symbolizes a lot of things especially love.

this is such a vivid and clear shot and it matches the very beautiful subject! Lovely flowers, papa bear. ❤️

Hello sir, how are you?

More beautiful can not be this passionate rose!

Hello i love red roses i know they are such a cliché but it is my favorite flower they are beautiful elegant and smell delicious.